Home » The Various Types and Causes of Sleep Apnea

The Various Types and Causes of Sleep Apnea

Sleep apnea is a syndrome categorized by the short time of breathlessness while sleeping. It lasts about 9 to10 second intervals between breathing. A person who has sleep apnea has a tendency to narrow his throat and relax for a while and then poor breathing occurs. A sleep apnea test is measured by a polysomnogram. Polysomnogram is a sleep study that observes a person while sleeping.

In some clinical research, there are five or more types of sleep apnea identified according to the person’s ability of breathing.

The three common forms of sleep apnea are:
Central sleep apnea or CSA: A person who is 60 years old and above, experiences this type of illness. It has to do with the opening of the airway but has poor activity in the diaphragm and chest muscles. A person awakens and wheezes in air when there is poor blood circulation in the brain. This typical type of sleep apnea does not cause snoring (the raging sound of air associated in the mouth, nose, and throat) but increases daytime sleepiness.

Complex or Mixed Sleep Apnea or MSA: It occurs when the central and obstructive sleeping habits of sleep apnea are integrated.

How can you treat sleep apnea? 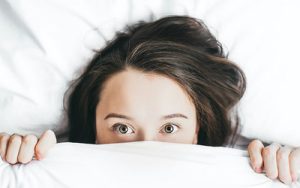 Sleep apnea can be lessened when lifestyle changes. Men should avoid alcohol drinking, muscles relaxants, and sleeping pills. They should have control over overeating and maintain proper weight according to the proportion of height to weight. A proper method to lessen sleep apnea also is to have a recliner at home or have a 30-degree elevation from head to the body to help the lungs to get air through the nose. It can also help if the person who has a sleeping disorder must sleep sideways or sleep in the back position. This helps because the gravitational position of the body lessens. Another fact is that men could also use some airway appliances to help them breathe easier. In addition to that, continuous positive airway pressure (CPAP) may become an advantage. These could get rid of the constricting tissue and widen the airway.

Being overweight has a lot to do with sleep apnea and other forms of illnesses. Sometimes when people get older they experience this type of illness and one must consider consulting a doctor for assistance. One could prevent it by using appropriate methods like using machines for the airways.

To top it all, proper discipline should be considered. Lose weight by exercising, eating healthy foods, avoiding drinking alcohol, and getting enough sleep. All of those things will definitely reduce to the possibility to suffer from sleep apnea.

We will be happy to hear your thoughts

The Various Types and Causes of Sleep Apnea